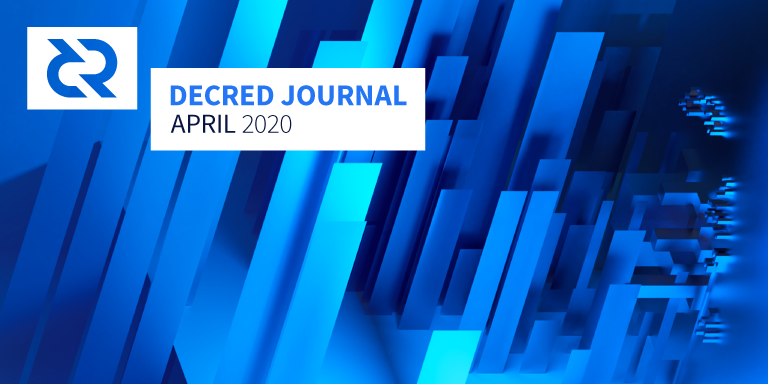 A Schnorr signature is a digital signature scheme that is known for its simplicity, provable security, and efficient generation of short signatures. It provides many advantages over ECDSA signatures that make them ideal for use with the only real downside being that they are not well standardized at the time of this writing.

While the consensus supports Schnorr signatures, the rest of the infrastructure needed to fully take advantage of their benefits is not well fleshed out, and therefore they are not in widespread use yet. The goal is to remedy that.

With all the recent work, ECDSA and Schnorr signature verification is around 25% faster compared to v1.5.1.

Lots of optimizations in dcrd made over the past months have led to a “suffering from success” meme: older nodes now think the new version is requesting too much data too quickly and banning it. The “banning rate” parameters will have to be adjusted to reflect the new speeds.

The dcrd repository is no longer configured as a fork of btcd. So many new features have been added and overall improvements made that there is very little code still in common between them. Also, one of the primary reasons for having a fork is to be able to pull in upstream changes easily. That is not the case anymore though because the code is so different that any changes desired for dcrd would effectively have to be ported anyway. And even then, most changes made in btcd simply don’t apply to dcrd anymore. The “unforking” also removes the confusion about the fork count where dcrd page showed the number of all forks of btcd (1,500+). Now it shows 235 forks for dcrd and 1,290 for btcd. Finally, it removes the annoyance and a chance for error where pressing “New pull request” would open a PR against the upstream btcd repository with all the changes on Decred’s master branch.

The dcrctl command-line app that controls dcrd and dcrwallet was split out of dcrd into its own repository to address dependency and maintenance issues.

Detailed guides on how to query dcrdata and how to run your own instance of the block explorer were published by @mm in both English and Portuguese.

Community stats as of May 1:

The two proposals from March voted on this month were also rejected. DCR Comic 2 had support from 49.4% of the tickets that voted (participation of 19%), while the Decred Daily proposal had 44% approval from the 17% of eligible tickets that voted. Both did not reach the quorum of 20% votes.

For more detail on these see issue 30 of Politeia Digest.

dcr.blue VSP announced that it will shut down in a message sent to all users with verified email on Apr 20. It was removed from the listing and Decrediton but will stay online for the rest of 2020. Since the maximum lifetime of a ticket is roughly 4.7 months, this gives users around 3 months to stop buying tickets assigned to DCR.Blue. Users are advised to backup their redeem scripts if they haven’t already (a copy is available in the VSP account) and start buying tickets to a different VSP. Please avoid joining too large VSPs to maintain a healthy distribution and better security for the network. This is the first VSP to attempt a “graceful shutdown” rather than just disappearing without notice as some other VSPs have done in the past.

decred.raqamiya.net VSP that was delisted in March is now again operational and was added back to the listing. As of writing, it holds about 330 live tickets (0.8%), has 4 servers, and features a custom UI.

Metal Pay added support for DCR on their marketplace. It provides another fiat onramp and works in most US states. They followed the announcement with tweets about Decred.

Transak announced that trading DCR against EUR, GBP and INR is available on their fiat < > crypto payment gateway. USD pairs are coming soon.

Steelbackup, a physical seed backup solution added a light version of the product. Currently, there are two types of steel plates: laser engraved and laser marked. The engraved one is the most robust solution as steel is removed which makes the marking grid as permanent as the steel. The laser marked product is marked with a molybdenum disulfide solution which makes it resistant to scratches, acids, and high temperatures (up to 340 degrees C). The products are designed to be simple with no moving parts, users just need a center punch (found at a local hardware store) to indent their seed. Tamper evident bags are included. SteelBackup was launched in Feb 2020 by @zubair and ships worldwide.

@jy-p commented on fiat credit issuance and remote work in a project survey by 8btc.com. 8btc is the oldest Bitcoin forum in China. 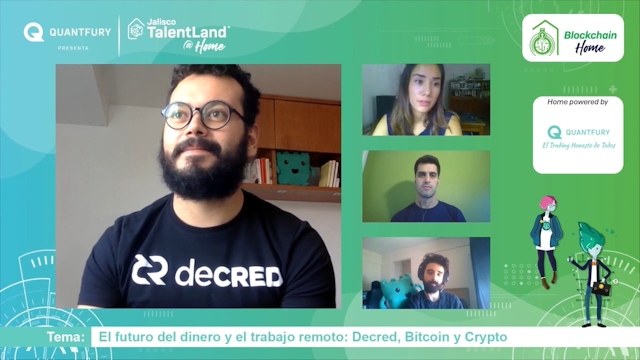 Image: No shortage of Stakey in LATAM

@richardred wrote a report about the performance of the market makers during the term of their first proposal.

Another DeFi attack occurred, although this time dForce got most of its lost $25 million back from the attacker and users are being reimbursed.

On the more obscure stablecoin network PegNet, rogue miners turned a $11 pJYP balance into a 6.7 million pUSD balance by manipulating price oracles with a form of 51% attack. The attackers were unable to liquidate more than a small proportion of the pUSD, and have subsequently reached out to say they were just trying to pen test the network, and have burned the magically created pUSD.

People are wondering why ProgPoW is back on the Ethereum Core devs agenda, and whether the inability to shake it off means there is something rotten in Ethereum’s governance.

The US Government’s $349 billion loan program for small businesses has so far generated $10 billion in fees for banks, 1-5% for each loan processed, despite the very low risk the loans posed to the banks, considering that they were effectively just passing them on to the Small Business Administration which guaranteed all the loans. (plaintext version)

Maker Foundation is subject to a lawsuit from investors who lost money in Black Thursday.

There have been a whole barrage of class-action lawsuits filed against crypto exchanges and token issuers.

USDT balance held on exchanges has reached a new ATH of $1.8 billion on Apr 23, according to glassnode alerts.

YouTube have updated their policies to disallow anything about COVID-19 that goes against “authoritative sources” like the World Health Organization’s guidelines, as disclosed in an interview with YouTube’s CEO. While YouTube censoring videos on certain topics is not new, having these decisions be determined fluidly with reference to what “authoritative sources” are saying, and deliberately channelling traffic to those sources, is new.

In an update to the story about the sale of .org domain to a private equity firm, ICANN has voted to reject the sale, effectively blocking it.

This is issue 25 of Decred Journal. Index of all issues, mirrors, and translations is available here.