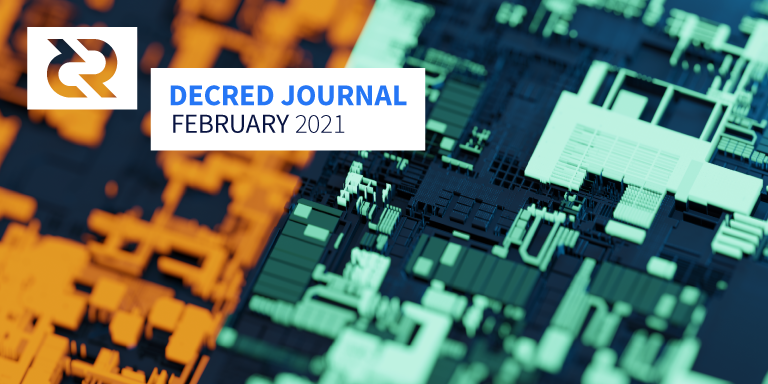 The new release includes bug fixes and UX improvements for dcrd, dcrwallet, Decrediton, and dcrdex. Most changes have been addressing issues with the new VSP staking and how it plays together with mixing. Importantly, it allows Decrediton users to set consensus vote choices with both legacy and new VSP.

Get the full release notes and downloads here, or read the compressed overview of changes in the sections below. As always, respect the signature verification ritual to ensure you’ll run exactly what was packaged by the devs.

There are still some rough edges in the new VSP + mixing combo, check this post by u/mowmowbeans to learn about the workarounds.

To get up to speed with Decrediton updates check @Exitus’ quick mixing and staking video tutorials.

Vote on the New Consensus!

Voting to activate the new decentralized treasury has started on Mar 12 and will run until Apr 9.

To get informed, read the original proposal, the technical spec, or watch the explanation by @matheusd (starts around 14 min).

If you haven’t set your voting preferences yet, please do so now so your desired vote is cast when any of your tickets vote. The correct id for the new vote is treasury.

To watch how the voting unfolds see the voting dashboard or the visualization at dcrdata.

In development towards the next release, this month’s highlight is the addition of a UTXO cache that cuts initial blockchain sync time by ~33% at the cost of some extra memory. It also significantly speeds up block processing during normal operation and reduces wear and tear on the storage medium by allowing entries that are created and spent between flushing intervals to avoid being written at all. UTXO cache is a required step towards multi-peer parallel block downloading.

Another highlight is the introduction of Age-Partitioned Bloom Filters. APBF is a lookup device that can quickly tell if it contains an element. It can track a lot of data while using little memory, at the cost of a controlled rate of false positives. Unlike classic Bloom filters, it can handle an unbounded amount of data by aging and discarding old items. The motivation for adding APBFs to Decred is to replace the LRU (least recently used) cache used to continuously track what data other peers are known to have. For a concrete example, the memory to track addresses known by 125 peers is reduced from ~200 to ~5 MiB when using APBFs. Also, the package will be useful for other projects like wallet, DEX, mobile wallets, etc. Read the details in full glory in the PR and the README.

Most of the work has again been focused on the new storage backend. To differentiate Decred implementation from raw tlog a new term “tstore” was introduced, meaning a combination of Trillian transparency logs and the key-value store holding the actual data. The tstore pull request has accumulated 438 commits since Apr 2020 and is changing more than 40K lines of code.

Most recent backend changes concerned how data is stored in unvetted and vetted states. On the frontend, the devs are adjusting the GUI to backend API changes.

I’m pretty excited about the new plugin architecture. It makes it possible to spin up different Politeia applications without needing to write any code, using just config options. Once the same plugin architecture is added to politeiawww for user features, the whole thing will be configurable. (@lukebp)

Get the release notes and downloads here, or grab dcrinstall and run dcrinstall --dcrdex to download, verify and configure the programs automatically. In any case, verify downloaded files to ensure they came unmodified.

Merged in master towards the v0.2 release:

dcrlibwallet base library updated to restart sync when necessary and support external loggers (for easier embedding in other software).

Announcing a project I and @bgptr have been working on last year: kohola

Kohola is a dcrwallet frontend I started for my own needs which weren’t covered by Decrediton. It’s not feature complete yet but I’ve been using it as my production wallet. Work on it stalled some months ago due to other priorities but I thought I’d share it in its present state as other peeps may find it useful. In case it proves some usefulness it would be great to finish it.

From the readme, this wallet is intended for expert users and offers features like encrypted configuration, solo staking support, coin control, and more. The app is written in Go and TypeScript using React and Redux frameworks. Notably, Kohola means “whale” in Hawaiian.

@arij was interviewed on the Decred in Depth podcast, see Media.

Community stats as of Mar 1:

After the record-breaking turnout for two proposals at the start of Feb (covered in the last issue), the rest of the month was relatively quiet, with two further proposals being approved.

@ammarooni posted a reflection on his book proposal and is looking for some honest feedback.

UUPool’s reported hashrate has dropped from the top spot to the bottom and it looks like its miners have migrated to Antpool and F2Pool. New unidentified addresses are also showing up.

It looks like we are breaking a record every month in terms of both ticket price and participation!

charts.dcr.farm has been shut down due to low demand and high operating costs to keep it running in a sustainable way. We thank the operators for all the network insights shared over the years. dcr.farm’s legacy and new VSP are still operational.

The share of mixed coins has grown from 31% to 38% in Feb alone, possibly thanks to the GUI for it added in v1.6. @CoinShuffle_BOT posts mixing stats daily.

@matheusd shared some ticket splitting stats: over almost 3 years 2,679 split tickets were purchased at an average rate of 81/month, meaning that roughly 0.2% of tickets are being split. This was discussed in the context of v1.6 and the new vspd staking where ticket splitting is not supported. A new splitting/matching protocol and a rewrite of both server and client are required to make it work with vspd, which is unlikely to happen at this time given the low demand.

Three VSPs have enabled support for the new vspd staking: decredvoting.com, ibitlin.com, and coinmine.pl. We now have a total of 11 vspd instances and 17 legacy VSP instances.

SwapSwop.io exchange platform came to say hi on r/decred and answered a few questions about liquidity sources, jurisdiction, and their KYC processes. DCR was listed in Sep 2020.

Several Decred contributors answered all kinds of questions in Decred AMA on r/CryptoCurrency. The thread got 171 comment and 140 upvotes.

@elima_iii has started the second season of the Decred in Depth series, featuring new guests and more community engagement. Questions to guests are collected on Twitter (even more for the @matheusd episode), video of both host and guest is available and YouTube is the primary location now.

@pavel shared an update for the withDecred proposal:

Due to the massive price action in last weeks, I’ve suspended the giveaways as it seems no longer necessary to generate social buzz. At the time of activity, @withDecred Twitter account had around 100K impressions monthly and generated some good conversations (and some shilling as well). (…) I’m now thinking how to go forward from here with WithDecred activities (web + Twitter), for the moment I’m supporting community-created content. If you have some suggestions, feel free to ping me here or on Twitter. 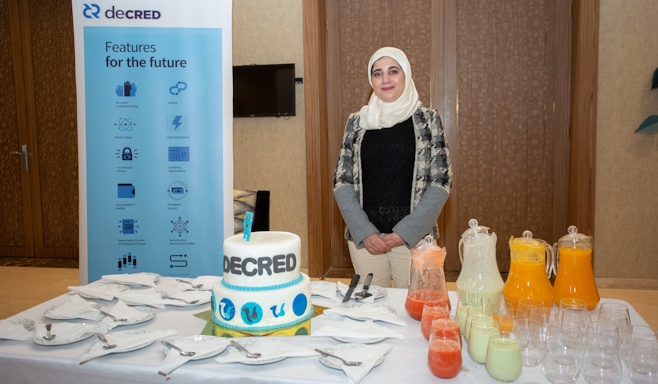 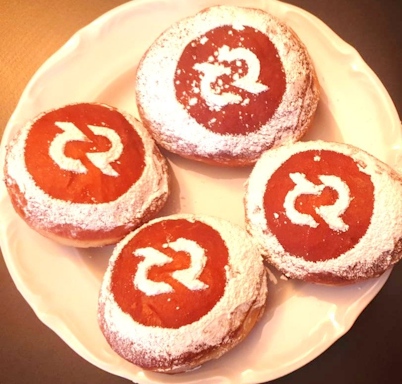 There have been more attempts to scam people recently. Please remember that real developers and admins will never DM you with offers of free money or technical assistance. Pay close attention to user display name and user ID you chat with to avoid smart ways to impersonate. Tell your friends to stay vigilant, too.

As someone who’s followed @decredproject since 2016, the strength of its community, fundamentals, and market traction thus far in 2021 has surprised even me. (@cburniske)

@Checkmate posted a mega on-chain thread with many (all?) indicators going ATH. Feb 9 prediction “I would be surprised if the train slows down from here, it’s just not in character!” was correct.

Unusually large bids have been observed on Binance.

Yearn Finance was February’s largest DeFi Fail, with a flash loan attack exploiting its users for $11 million. In an interesting development for this kind of attack, most of the exploited funds were paid in fees to various liquidity pools and staking services, with just $2.7 million ending up in the attacker’s wallet, and the rest presumably fuelling the DeFi economy. The victims of the attack have been compensated from the new pool of YFI Treasury funds that were recently minted - within 4 days of the hack the Yearn team were able to mobilize 9.7 million DAI to distribute, and no token voting was required. YFI and the Treasury are currently under the direct control of the Multisig holders, and that “empowerment” is being extended until May 24.

Yearn Finance is also changing up its Treasury and governance funding model significantly, major changes include scrapping YFI staking because of its uncompetitive yield and instead switching to a buyback model and allowing YFI holders who have deployed their tokens in a liquidity pool to also use them to vote.

Bitcoin developers are in the process of deciding how the Taproot upgrade should be activated, with the point of contention being whether the Bitcoin Core update should ship with a setting that has it activating at the end of the signalling period regardless of whether the supermajority threshold is met (like the User Activated Soft Fork) or take a more cautious approach and avoid forcing the issue initially. Miner signalling for the month to Mar 2 showed 89% support for Taproot from pools according to their hashrate. Additionally, Poolin contributed a consensus effort compiling pools’ sentiment and preferred activation methods.

The New York Attorney General reached a settlement on charges against Tether and Bitfinex which saw the company pay $18.5 million fine but avoid having to admit to any wrongdoing.

The US Federal Reserve experienced an issue with its inter-bank transfer system which impaired service for hours. This happened soon after US Treasury Secretary Janet Yellen had warned that Bitcoin is “extremely inefficient” and poses risk to investors.

@notsofast urges everyone to learn from his mistakes that have led to losing ~$100,000 in crypto in a security breach: get a good password manager, use a hardware wallet, isolate dangerous browser extensions like Metamask in separate browser profiles or devices.

This is issue 35 of Decred Journal. Index of all issues, mirrors, and translations is available here.