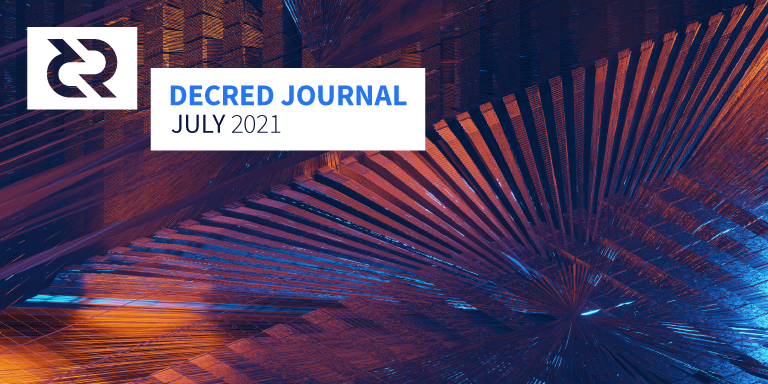 At this point we have 3 upcoming consensus changes at different stages of development:

One less obvious benefit of automatic ticket revocation is that it simplifies ticket splitting implementation. 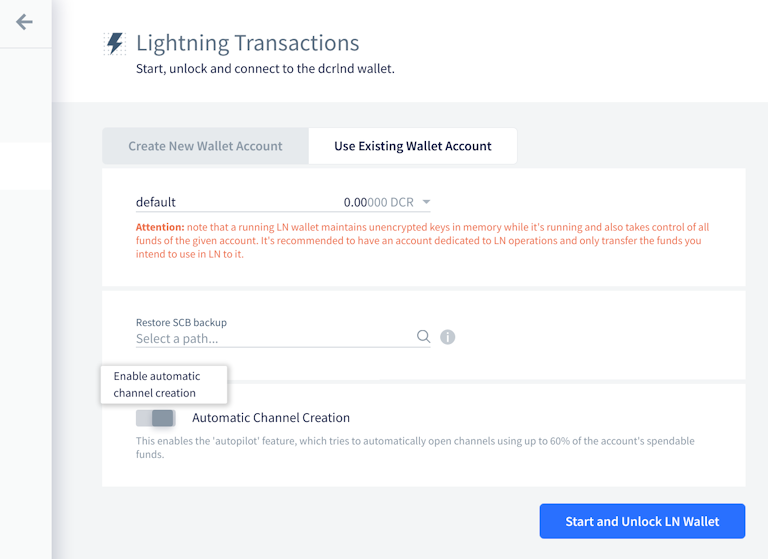 Changes awaiting deployment are marked with a pi-not-deployed label in both politeiagui and politeia repos. In a similar way, changes in scope of the development proposal are labeled 91cfcc8.

A few fixes have been backported to an upcoming v0.2.1 release.

Work started to replace the registration fee with fidelity bonds where users lock funds to use DCRDEX (as a disincentive against bad behavior) but can redeem them after a certain time. This creates a time cost to use DCRDEX instead of a monetary cost.

@raedah commented on the question of when staking will be supported in the mobile apps:

Support for new style vspd staking has been built into dcrlibwallet for godcr and is currently in final testing. After godcr is released, it will be easy for the devs to import the same staking functionality into the mobile applications. There is not a strong incentive to prioritize building the mobile staking UI though until there is a functional hardware wallet that it can be paired with. (2021-07-19) 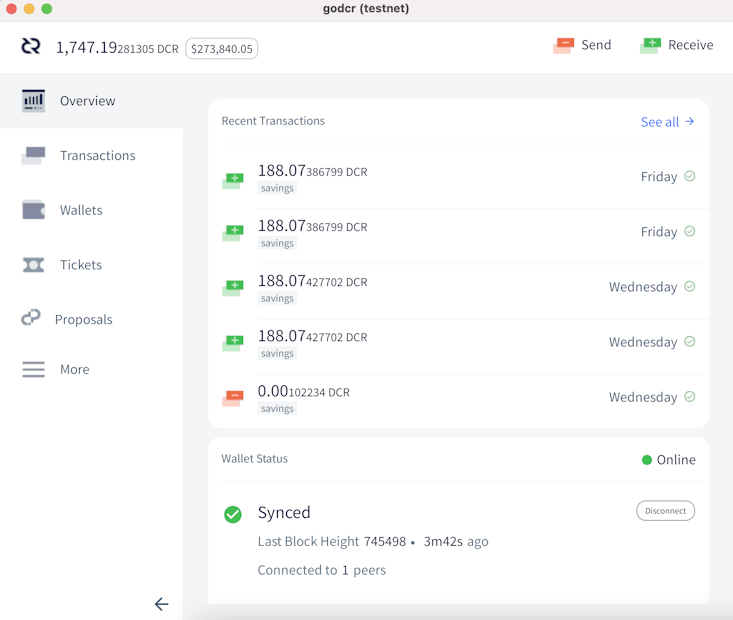 @karamble released a new plugin for accepting DCR payments in WooCommerce shops. It can generate payment addresses using the wallet account’s XPUB (extended public key). This way each payment uses a new unique address while the shop’s web server has no access to the wallet. 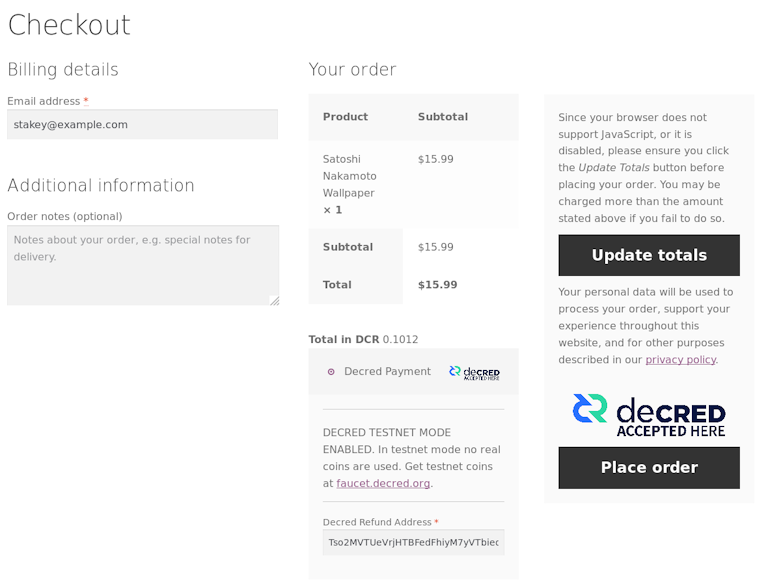 Check out new interviews with community members @fst_nml, Dominic Frisby, and Notsofast in the Media section.

Community stats as of Aug 1:

The legacy treasury received an unusual “donation” of ~90 DCR coming out of a mix transaction.

There were 4 new proposals published in July, and two are still under discussion at the time of writing.

See Politeia Digest issue 44 and issue 45 for more details on the month’s proposals.

Hashrate is recovering from June’s events in China and new mining pools are joining the network.

Ticket price had an unusual drop below 2020 lows but then quickly recovered with strong buy support.

Nodes: Throughout July there were around 211 reachable nodes according to dcrextdata.

Welcome the new vspd instance dcrvsp.dittrex.com, coming to replace their legacy VSP which was delisted in May and shut down in July.

Legacy VSP pool.d3c.red from @karamble voted its final ticket and was shutdown. Users are welcome to the replacement server at vsp.decredcommunity.org.

So far 8 legacy VSPs have been delisted (3 shutdowns, 1 status unknown, 4 still voting) and 9 are still listed. The status of migration to the new VSP system is summarized in this table. It is recommended that legacy VSP users upgrade to vspd to avoid the risk of missed tickets when dcrstakepool stops working (e.g. if a new consensus upgrade is activated).

The VSP list has been updated to show the percentage of revoked tickets, which is a helpful metric when choosing a VSP.

OKEx pool has been mining DCR since Aug 2020 or earlier, but in July it has finally mined some blocks, according to miningpoolstats.stream.

Bitfinex pre-announced a DCR listing and in early Aug posted that DCR/USD trading is live.

@StakeShuffle_ bot’s author is collecting feedback on what metrics to implement in the next development phase. The tweets with generated charts would provide up-to-date content that can be used in Twitter conversations.

Thorchain has been hit by two attacks this month. The first affected ETH liquidity providers, whose pools were drained of $5M, and they will be compensated from the Thorchain treasury. The second attack claimed $8M by tricking the network’s Bifrost protocol into receiving fake assets - it could apparently have been much worse if not for the hacker’s seeming whitehat tendencies. Things may be looking up for Thorchain however, as the last attacker left instructions for how they can improve security.

Uniswap has voted to fund a “DeFi Education Fund” with 1 million UNI (worth around $20 million), half of which they immediately traded for USDC. This proposal was originally billed as a “political defence fund”, to pay representatives who can fight DeFi’s corner with regulators. There are been some criticism of the role that UNI whales who are associated with the proposers played in approving this proposal.

The ShapeShift organization is closing its doors in an effort to “decentralize itself out of existence”. It is airdropping FOX tokens to its users and users of a number of DeFi protocols, and those tokens will be used to govern a DAO (which is also receiving a token allocation). The airdrop is complex as it covers a range of blockchains, but users will only have 100 days to claim their FOX tokens before these revert to the DAO.

That’s all we have for July. Share your updates for the next issue in our #journal chat room.

This is issue 40 of Decred Journal. Index of all issues, mirrors, and translations is available here.