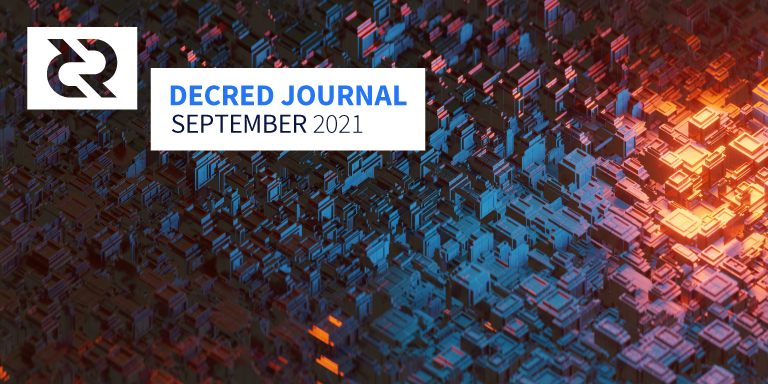 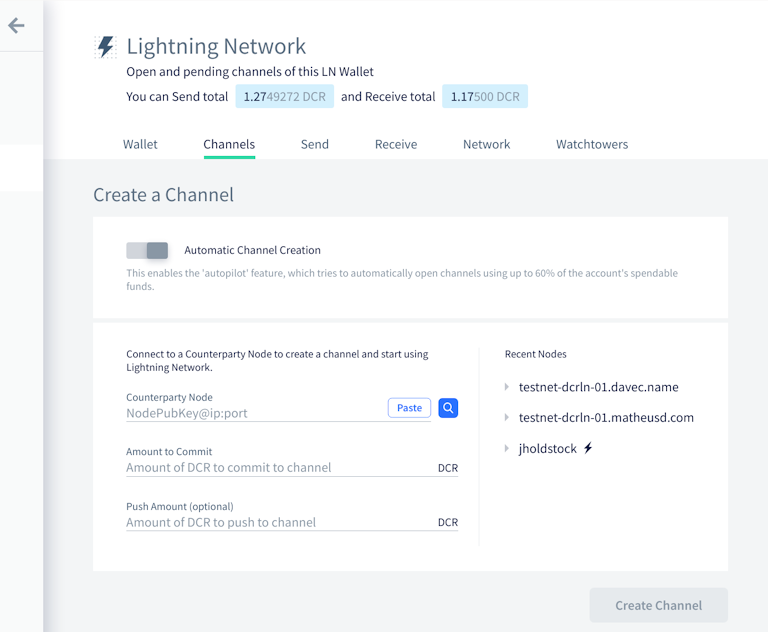 Another feature and bugfix release has landed on Politeia website! Highlights of v1.2.0:

For more details check the release notes in politeia and politeiagui repositories.

dcrpool is server software for running a mining pool. 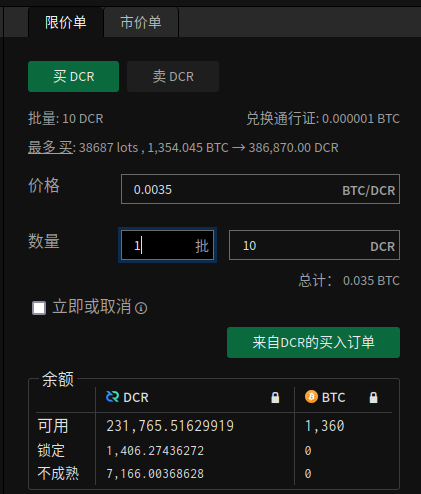 Decred Wallet v1.6.1 has been released on Google Play Store!

Privacy-minded users can now also get the signed APK directly from the GitHub release.

See the new mobile wallets proposal to learn about the development roadmap for 2021-2022.

Decred Wallet v1.6.1 has been released on App Store!

First testnet build is available for preview! Download it from the GitHub release and verify the signatures. If you plan to hunt for bugs, it is recommended to build from the latest source to have all recent bug fixes. 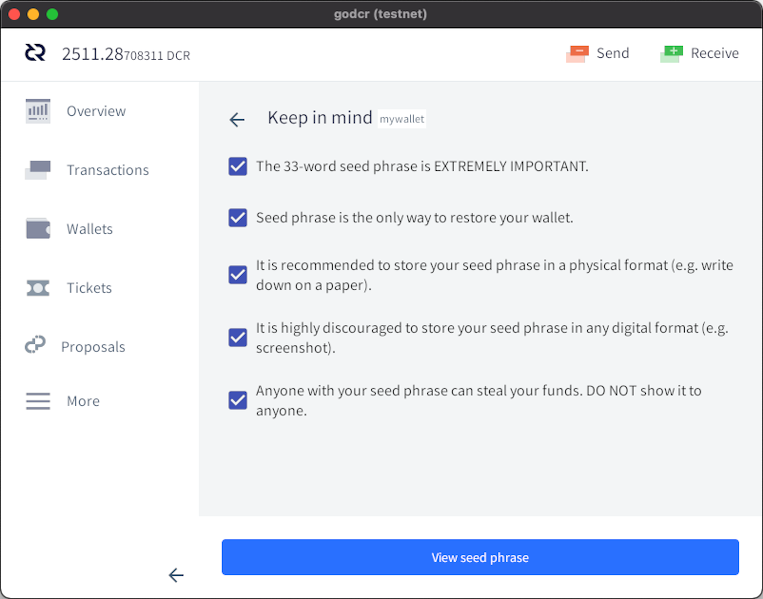 Check the second GoDCR proposal for a status update and 2021-2022 roadmap.

Tip: bleeding-edge development version of dcrdata can be accessed at tip.dcrdata.org.

dcrdevdocs is a source code for Decred developer documentation.

Community stats as of Oct 2:

Two new proposals were submitted, both by @raedah, requesting renewed funding for GoDCR and Mobile Wallets.

Voter participation reached new heights, with both of the votes this month seeing turnout above the previous record level.

The long-awaited proposal author updates feature is now live on Politeia and has already been used by two development proposals to report progress.

See Politeia Digest issue 46 and issue 47 for more details on the month’s proposals.

Ticket prices seem to have hit a relative plateau between two extremes.

Nodes: Throughout September there were around 204 reachable nodes according to dcrextdata.

The share of mixed coins varied between 50.3-52.2% and set a new all-time high while the sum of mixed unspent coins broke the 7 million mark.

Matrix users are advised to upgrade their clients (most notably Element) to patch security vulnerability disclosed on Sep 13. If a user’s account is compromised (by either a direct compromise of account credentials or by a compromised homeserver), in certain circumstances it may be possible to read encrypted messages sent to such account from its vulnerable contacts. The disclosure noted, “The greatest risk is to users who are in encrypted rooms containing malicious servers. Admins of malicious servers could attempt to impersonate their users’ devices in order to spy on messages sent by vulnerable clients in that room.”. As an extra safety measure, you can review active sessions and remove any obsolete or suspicious ones.

Legacy decredvoting.com has been removed from the VSP list to facilitate user migration to the new vspd system. Voting wallets are still online to vote the remaining tickets (9 tickets as of Oct 1). Decred Voting has served since 2018 and is known for developing advanced features like email notifications on voted tickets and custom ticket analytics dashboard, and for supporting small holders with education on ticket splitting and features to make it easier to use.

For anyone still using legacy VSP, it is recommended to switch to vspd providers to avoid the risk of missed tickets, e.g. in case the legacy VSP shuts down or stops working with the coming consensus upgrades. As of Oct 1, all legacy VSPs managed less than 250 tickets or 0.6% of the ticket pool.

r/decred’s pinned post for newcomers has been updated: Welcome to Decred: Money Evolved. 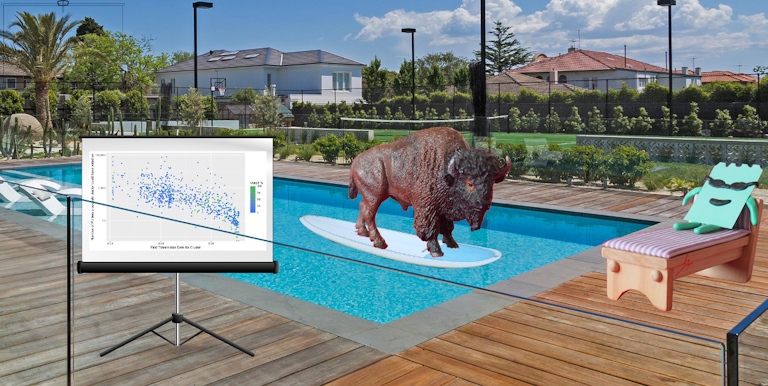 If this is what chain analysis looks like, I want to change my job (@bee)

Sushi’s Miso app was exploited to steal the proceeds of an NFT drop ($3M for Kia Sedonas from Jay Pegs Auto Mart). The attacker was identified (through their use of ENS domain) as a Sushi developer, who had inserted code into the front end which would send funds to their own address. The funds were subsequently returned.

The Compound DeFi app deployed new smart contracts which gave away $80M worth of COMP tokens in unintended ways. Founder Robert Leshner asked recipients to send the tokens back, and described it as a moral dilemma, after initially intimating that people who don’t give the tokens back could have their details passed to tax collection authorities. One interesting aspect of the story is that the problem was identified quite quickly, but because changing the contracts requires a governance process there was no way to deploy a quick fix and all of the vulnerable funds were drained.

Coinbase users have been exploited, it seems that around 6,000 users whose login details had been compromised elsewhere then suffered losses from their Coinbase accounts after the attackers exploited a flaw in Coinbase’s SMS two-factor recovery process to bypass this safeguard and withdraw their victims’ funds. In a notification letter to customers, Coinbase said the flaw has been fixed and that all affected customers will be reimbursed. This follows on from more general discontent with Coinbase customer service in the summer.

The Digital Asset Market Structure and Investor Protection Act, which was introduced in July, continues to see coverage and discussion, indicating that it will receive serious consideration from lawmakers. The proposed Act is one of the broadest pieces of legislation to address digital assets and would clarify how different types of assets would fall under the purview of different enforcement agencies. The proposed definition of a security would focus on equity or voting rights in the issuing (corporate) entity, excluding voting on blockchain matters like block creation. There is also an aspect whereby selling tokens for an unfinished product whose production will be funded by the token sale (i.e. the ICO model) would be considered securities. Stablecoins could not be created or used without being approved by the Secretary of the Treasury, and the Federal Reserve would receive the authority to issue a US central bank digital currency.

That’s all for September. Share your updates for the next issue in our #journal chat room.

This is issue 42 of Decred Journal. Index of all issues, mirrors, and translations is available here.