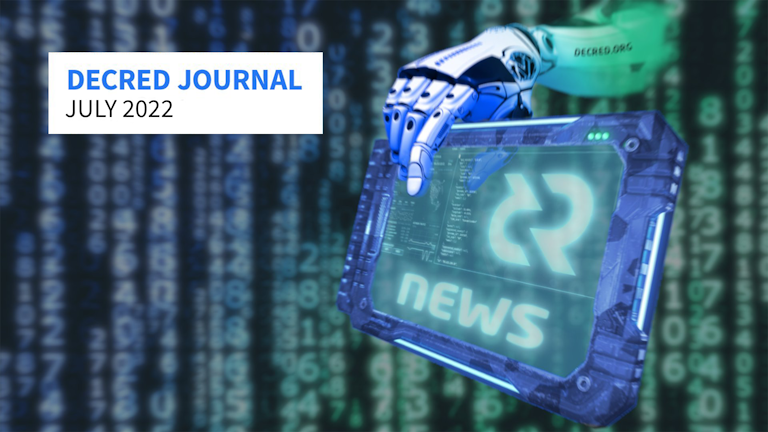 Image: Another day in dcrd development.

JSON-RPC and command-line use via dcrctl:

In progress - voting on individual TSpend transactions is being introduced into Decrediton: 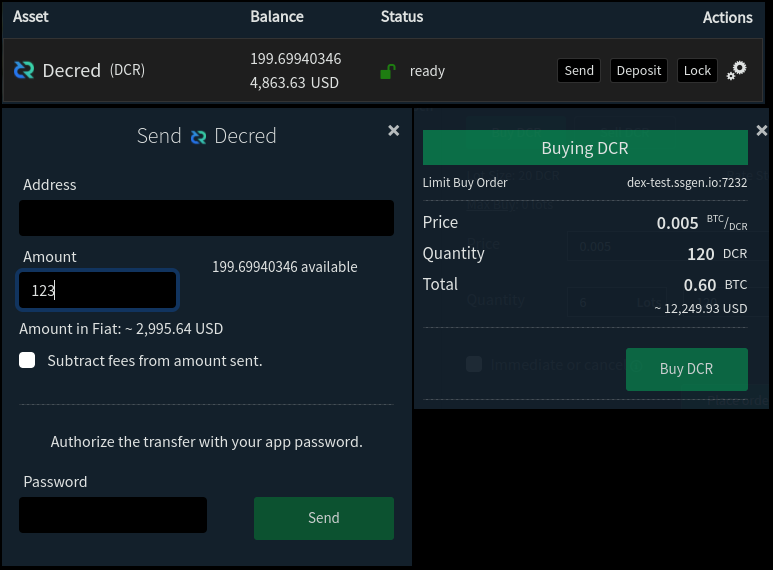 Following the rejection of a proposal to fund future GoDCR development, the @raedah team has announced that it will no longer be actively developed by them. 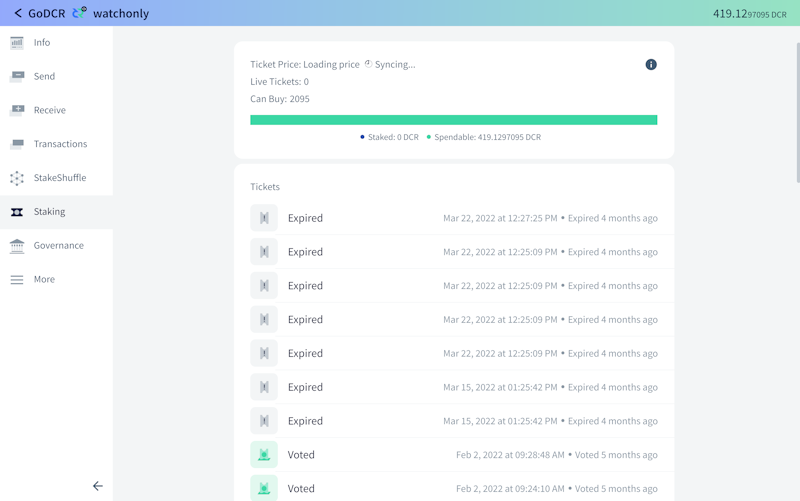 In response to a community question “What would you like to see Decred develop next?” @jy-p dropped a teaser: “This one has a nuanced answer. I’ve developed it, and it’s almost ready, and it fills a gap that we’ve had for a very long time, and it involves Lightning Network. I’m not gonna say a whole lot else. You can think about it like this. There’s a whole bunch of problems around us today. There is one of them that makes me absolutely crazy and I’m going to try and address it.”. Whatever it is, the remaining integration and GUI work was roughly estimated as “2 months”.

Community stats as of Aug 1 (compared to Jul 1): 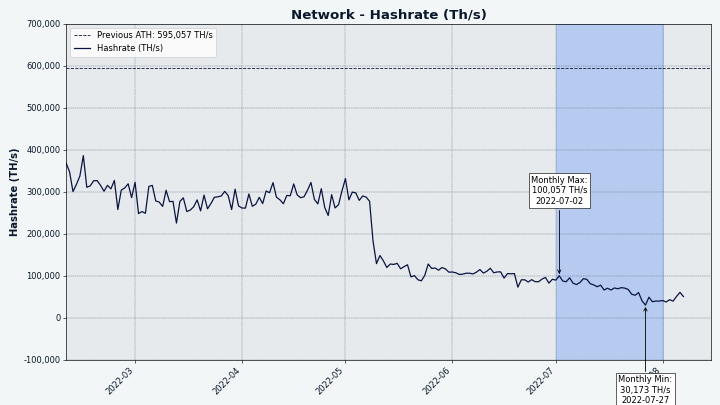 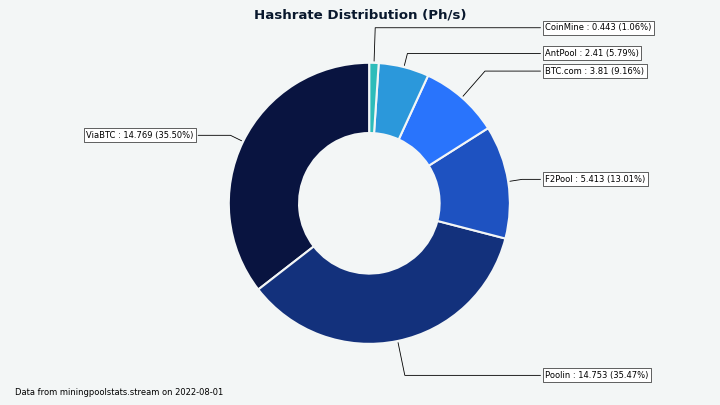 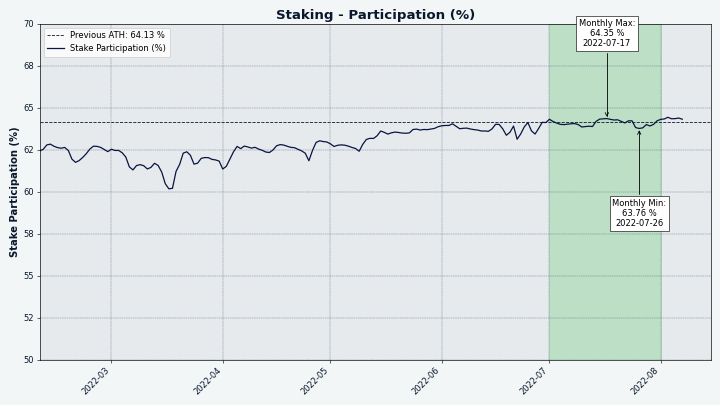 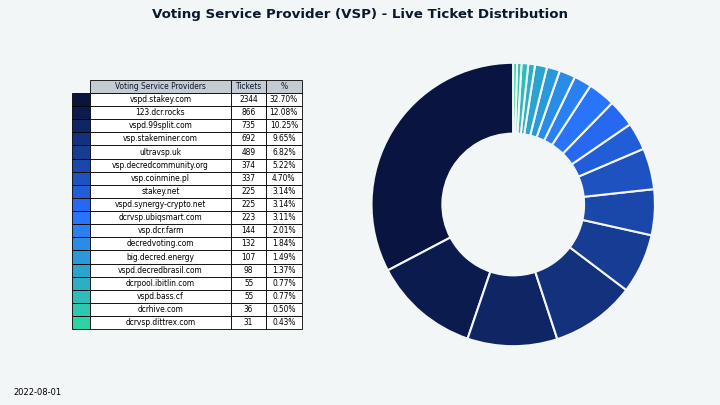 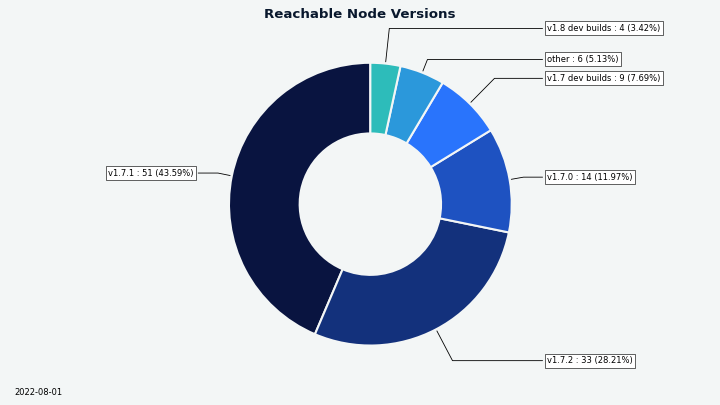 Two new VSPs were listed on decred.org and in Decrediton: vspd.bass.cf by @cryptocoiner69 (0.2% fee) and dcrhive.com by @kozel (0.7% fee). @kozel plans to use the earned VSP fees for providing liquidity for Decred’s Lightning Network - an interesting new incentive to consider when selecting a VSP.

Binance has reduced required DCR confirmations from 20 back to 6 according to @jz.

Luxor has shut down its Decred mining pool about 1 month past the original deadline of Jun 10 that was reported by a Reddit user.

BisonPool has officially launched. BisonPool is a new kind of proof-of-stake pool which enables all Decred holders to earn PoS rewards, even if they cannot afford a whole ticket on their own. To make this possible, BisonPool pools users’ DCR to purchase tickets. The ticket rewards are split among participants based on the amount of DCR they were able to provide. See the announcement on Reddit.

Users have no control over voting preferences for their tickets on BisonPool.

It should be noted that this is a custodial service, meaning BisonPool has control of user’s funds. There is a risk that your Decred can be stolen if you choose to use this service. The identity of whoever is running BisonPool is unknown to the community. Remember, not your keys, not your coins.

In July we published 10 new articles and added all previous “Decred Assembly” content to the archive. We have a new Official Contributor - Tivra.

DM now has 297 posts, 50 newsletter subscribers, 6 active social media campaigns. I’m not sure how to show the full social media engagement, but according to my stats over the last 30 days there have been 48 new posts, 309 clicks on posts, 375 likes, 56 retweets, content was posted to 887 followers across all accounts. [@phoenixgreen]

@Applesauceseome shared two market reviews with charts and commentary on crypto and the broader market, and a “next gen hopium” in the last piece. 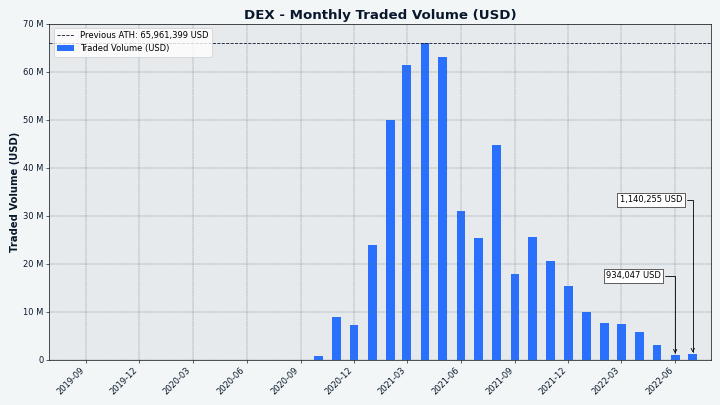 The group of people who refer to themselves as “Bitcoin Maximalists” is fragmenting and shrinking, and July saw some significant defections and ruptures. Nic Carter has for many years presented a pro-Bitcoin narrative in the media consummately, earning the respect of many in the community - but when the latest investment of his fund Castle Island Ventures was set upon by Bitcoin Maximalists on Twitter, Nic went on a protracted offensive against them, calling out that group’s mis-steps and failings and distancing himself from them. Later in the month Samson Mow, considered by many as an architect of the maximalist position, objected to a comment from long time Bitcoin developer Matt Carralo and tweeted that people should remember Matt as a person who introduced an inflation bug to Bitcoin - a controversial sentiment which drew criticism from many other Bitcoin developers, pointing out that dev work undergoes review by a whole team of people and bringing it up to disparage Matt for making comments is the kind of toxic behavior that drives people away from Bitcoin. One of the lead Bitcoin Core maintainers announced shortly afterwards that they were stepping down from the role.

Tesla sold 75% of its BTC holdings in the second quarter of 2022, worth $936M at time of sale. Microstrategy, the other public company to go big on buying BTC, held on to its Bitcoin but took an “impairment charge” of $918M. Michael Saylor, noted Bitcoin Maximalist meme-crafter, stepped down as CEO to “focus on buying bitcoin”, but remains in control of a majority of the company’s voting shares and as serving Chairman of the Board.

The details of 1 billion Chinese residents have been stolen and made available on a dark web hacker forum. Binance CEO CZ was one of the first to tweet about it, stating that Binance threat security checks would be increased for the affected region, and speculating that the breach occurred because a developer leaked their keys in a blog post. This is a one more proof that the best way to protect user data is to not collect it in the first place.

The Solana Foundation is opening an “embassy” in New York City - an Apple store type unit where people will be able to look at Solana NFTs and check out the forthcoming Solana phone.

That’s all for July. Share your updates for the next issue in our #journal chat room.

This is issue 49 of Decred Journal. Index of all issues, mirrors, and translations is available here.