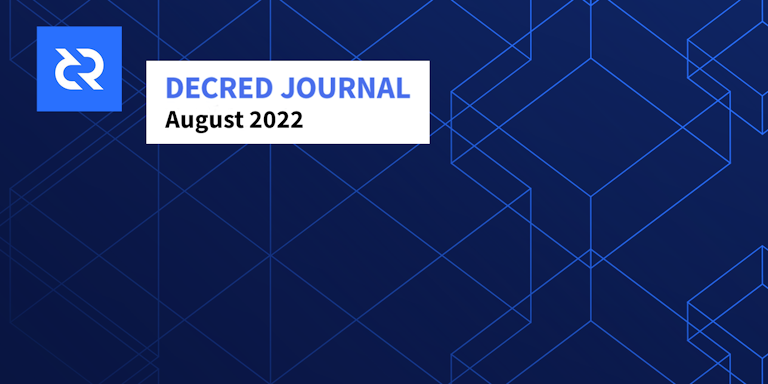 New Politeia release is live after 8 months of development! Highlights include:

dcrd v1.7.4 was released to fix testnet mining algorithm as detailed below. It was a source code only release as it is primarily intended for developers.

Merged in master and backported to v1.7.4 release:

Merged in master towards v1.8:

Merged in master and backported to v1.7.4 source-only release: 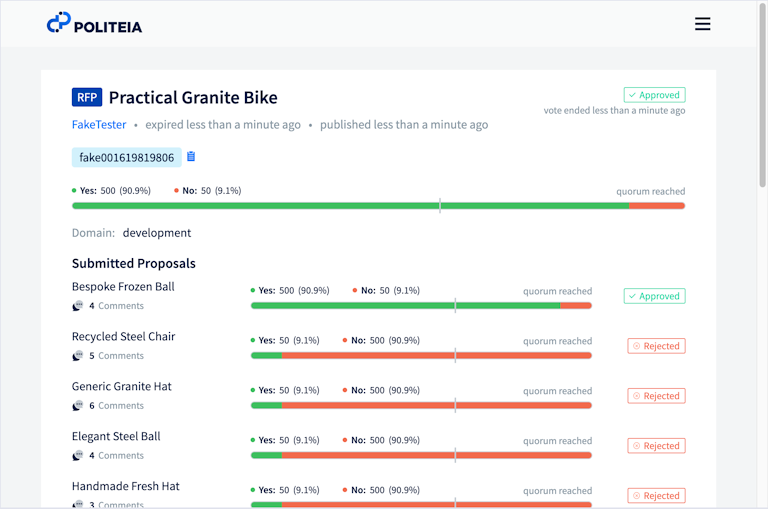 DCRDEX v0.5.2 has been released! Check the v0.5.0 release first for a long list of features, fixes and instructions to upgrade from v0.4. Starting with the v0.5.2 release DCRDEX now publishes its own binaries. As always, verifying them is strongly recommended.

Note that there has been no announcement yet because DCRDEX is coordinating with the other components (such as Decrediton).

User-facing changes towards the next v0.6 release:

Backend and developer changes towards the next v0.6 release: 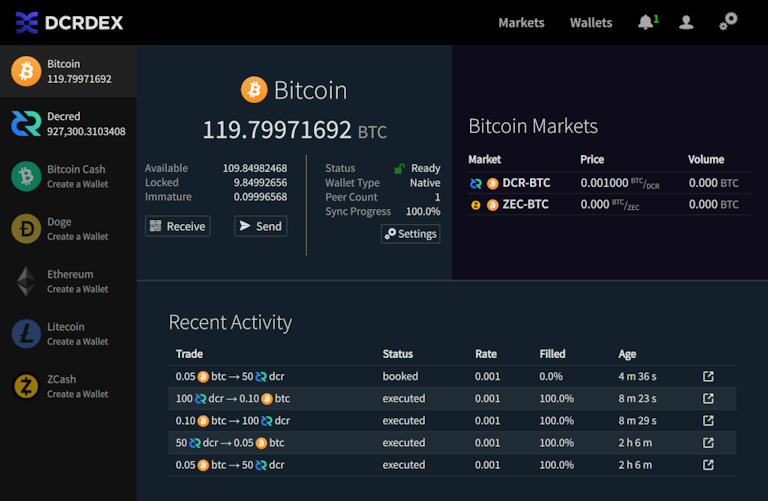 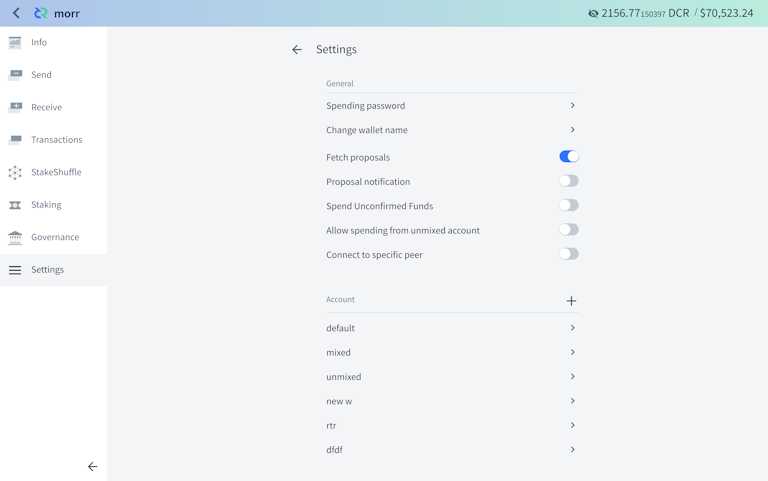 Decred.org has been completely overhauled as approved by stakeholders in the D.R.E.A.M. 2: Dream Harder proposal. New messaging is “Decred - Money Evovled”. 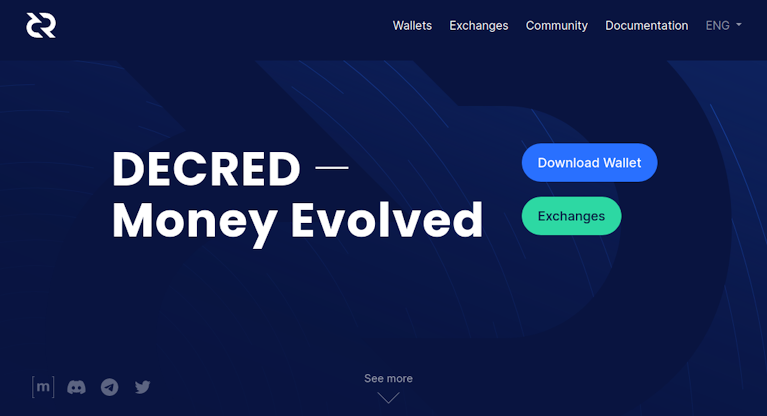 Welcome to new first-time contributors with code merged to master:

Decred community members João Paulo Sant’Anna (curator of @DecredBR) and Philemon (developer in DCRDEX, dcrdata, and other projects) were interviewed by @phoenixgreen on Decred Magazine.

Community stats as of Sep 1 (compared to Aug 1):

One proposal was published and approved in August. D.R.E.A.M. 2: Dream Harder was submitted by @jy-p working with @jholdstock, @jz, and @saender to produce a revised decred.org prototype site along the lines of the D.R.E.A.M. proposal which had the best voting response (48% approval) but did not pass for the decred.org messaging RFP which was decided in September 2020. The present proposal to deploy the new design/messaging at a cost of $7,660 ($3K of which is reserved for translations) was approved with 97% Yes votes and 59% turnout. 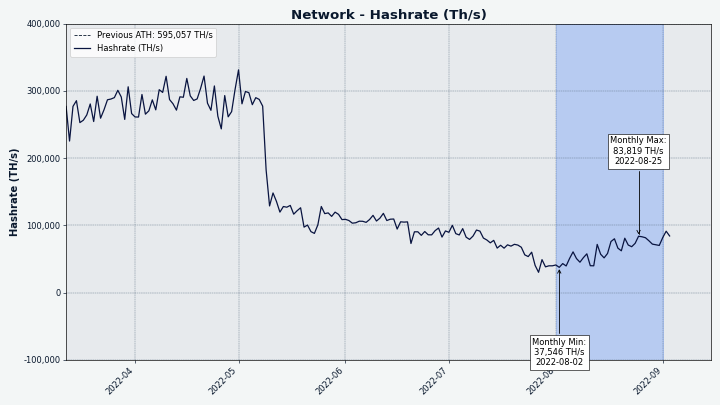 Image: Hashrate recovering from the lows. 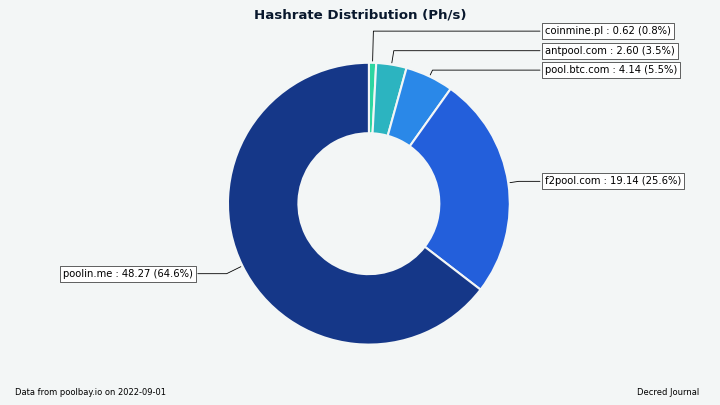 The locked amount was 9.22-9.39 million DCR, meaning that 63.9-65.0% of the circulating supply participated in Proof of Stake. This is a new all-time high for stake participation and ticket pool value. 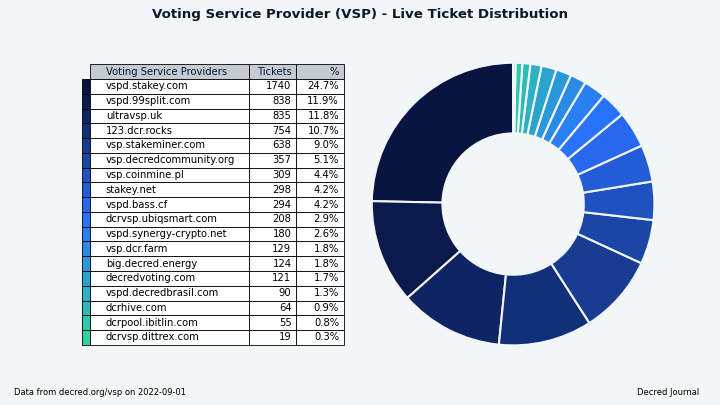 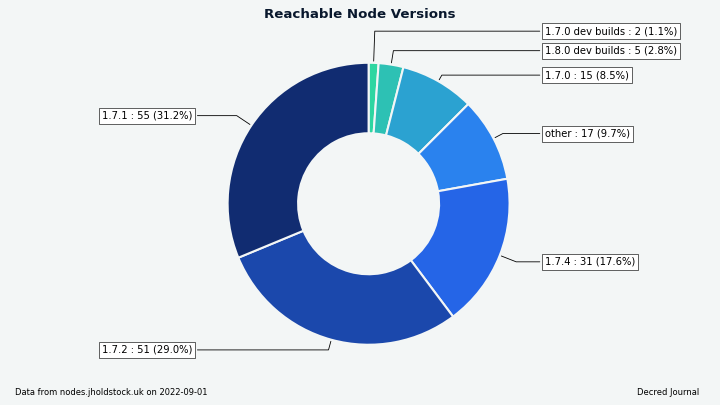 VSP synergy-crypto.net announced on its website that it is closing and is not accepting new tickets. Tickets with already paid fees will be voted as usual (180 tickets as of Sep 1).

ViaBTC announced on Aug 5 that they will shut down their DCR mining pool on Aug 10. Users were asked to withdraw or convert their DCR by Aug 17, and any DCR remaining by that deadline will be automatically converted to USDT.

Twitter users are more than welcome to support @Decredmagazine with follows, likes and retweets to help spread the message.

Another review of crypto and stock markets by @Applesaucesome mentions unusual numbers in August’s DCR pump: 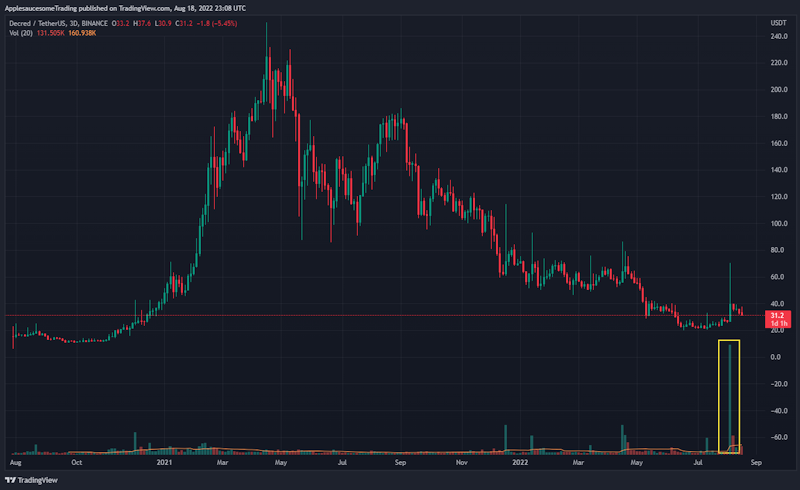 The volume of that candle was massive. And I mean MASSIVE. Just on the DCR/USDT pairing there was nearly 2 million DCR traded back and forth. That’s 14% of the entire supply. Note: This doesn’t mean that much was bought or sold but the total combined amount bought + sold.

The following quote is not financial advice:

In conclusion, the markets are likely going to pull back but if you’re a bull then it could present one last solid buying opportunity. If you’re a bear then this would be the time to sell more. Crypto still looks terrible right now but I’m not selling. 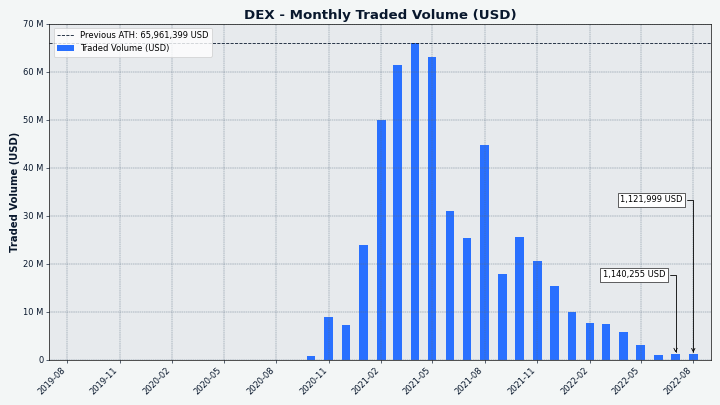 Tornado Cash, an Ethereum mixing service, was added to the OFAC sanctions list by the US Treasury, for its role in facilitating the laundering of proceeds of hacks by North Korea. The sanctions cover a set of Ethereum addresses associated with the mixer, and in the immediate aftermath of the sanctions being unveiled some trolls were sending small amounts of mixed ETH from Tornado to the wallets of celebrities to taint their funds. Circle quickly blacklisted $75K of USDC belonging to Tornado users. GitHub removed the repositories for Tornado Cash and also the accounts of at least 3 developers who worked on it.

Two days later a developer who worked on Tornado Cash, Alexey Pertsev, was arrested in Amsterdam by the Dutch Fiscal Information and Investigation Service, on suspicion of helping to facilitate money laundering. The Dutch authorities are holding Pertsev for 3 months until a trial can be arranged, but so far they have not been charged with a specific crime, and their wife has denied links to Russian espionage.

A whole DeFi ecosystem on Solana (Saber protocol) was revealed to be the work of two brothers, a lot of fake developer accounts, and some techniques for double or triple counting the assets locked into the protocol.

Maker DAO has been supporting the DAI stablecoin since launch in 2019 and its governance serves to determine how the MKR ecosystem develops. Most participants in Maker DAO governance seem to agree that it is not going well and needs to change, but there are disagreements about how it should change. In a recent podcast debade MKR founder Rune Christensen made a case that people working for the DAO were getting too comfortable and trying to expand the organisation in ways which suited themselves. Hasu (pseudonymous crypto researcher, MKR governance delegate) represented the side of DAO contributors who could see that MKR holders were being presented with sub-optimal proposal decisions which they were not always well suited to answer - but several proposals to create new core groups which would provide a certain kind of intelligence to the token holders were recently rejected. One Twitter thread on the subject adds a 3rd faction, decentralization maximalists who want to see the smart contracts locked down or “ossified” so that they cannot be changed in response to changing regulation. Rune is however the main character whose return from semi-retirement heralded a change in direction away from what the DAO’s contributors and in some cases VC backers were planning. Rune has provided an epic “End Game” plan but it is extremely long and complex, split into several long forum posts, so it’s not clear how many people support that.

Leaked videos have been circulated of lawyer Kyle Roche bragging about their work with Ava Labs (of Avalanche network), which included tying other competing projects up with frivolous lawsuits. Ava labs have denied the sensational account of their arrangement with the firm which Crypto Leaks published, and Kyle Roche has withdrawn from a number of the aforementioned class action lawsuits.

That’s all for August. Share your updates for the next issue in our #journal chat room.

This is issue 50 of Decred Journal. Index of all issues, mirrors, and translations is available here.