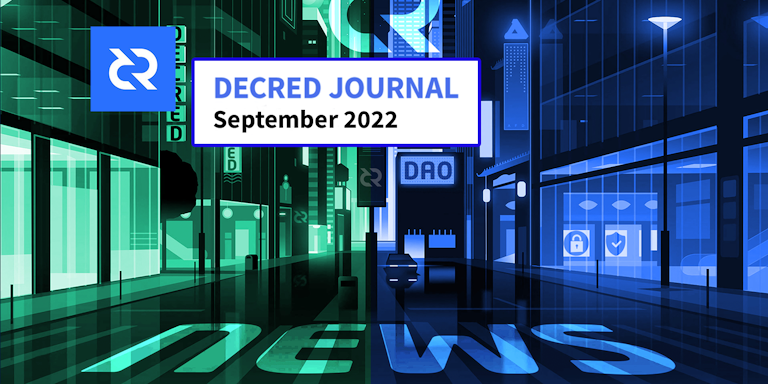 While DCRDEX is more complex compared to traditional exchanges, it is worth noting how accessible it is as a desktop app. DEX client is a single file that requires no installation. User interface quickly loads from local files. Builds are available for Windows, macOS, Linux (x64, ARM and RISC-V CPUs) and even FreeBSD and OpenBSD.

Check the full release notes for the full list of new features, fixes, and upgrading instructions. As of writing, the latest release is v0.5.4 and it comes with standalone binaries that can be used independently from Decrediton. As always, we recommend to verify the files before running. 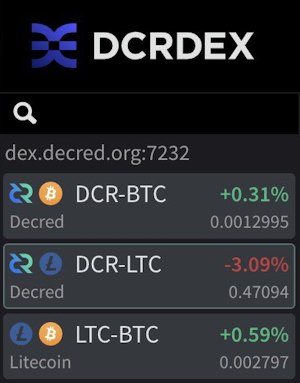 Some users are naturally confused by the two levels of asset support in DCRDEX:

September was mostly about optimization and cleanup:

DCRDEX aims to support trading with lightweight wallets, which is a massive boost to user experience compared to having to download full blockchains. For Decred it uses its native SPV protocol and for Bitcoin it relies on the Neutrino wallet from Lightning Labs (which itself is based on btcsuite - Decred’s parent). Neutrino forks for Litecoin and Bitcoin Cash are not as well maintained however, so the team has created neutrino-bch and neutrino-ltc forks where changes needed by DCRDEX can be merged quickly. As of writing, they have fixes missing in their upstream repositories for LTC and BCH. 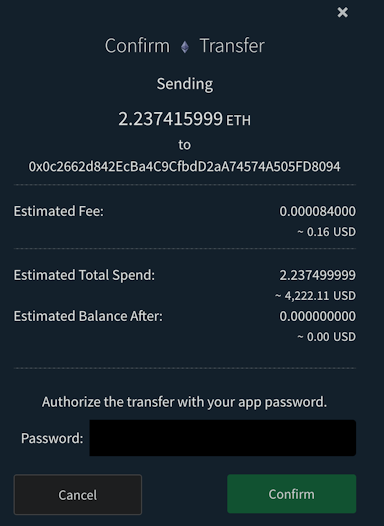 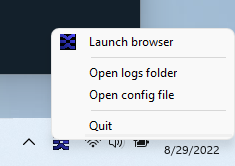 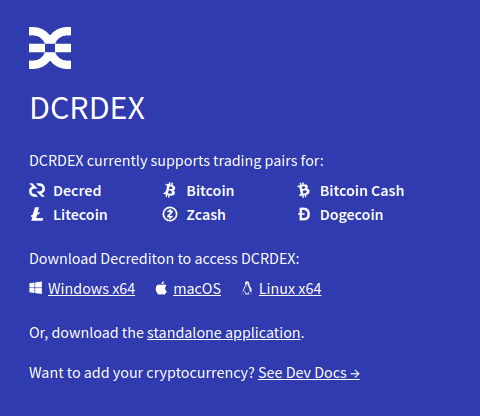 dcrwebapi (mainly used to serve the VSP list to Decrediton and decred.org):

Can you please give us your favorite “Life Lesson Quote”?

If applicable, is there anything the community can do to aid you in your work?

Keep me honest. Challenge my assertions & criticisms. Play devil’s advocate & reach out to me for any reason, especially if you are interested in organizing Meet Ups. I could be open to travel & hosting. [@MadScrilla1]

Community stats as of Oct 1 (compared to Sep 1):

A proposal idea was posted on Reddit suggesting a partnership between FIO Protocol and Decred, it is not asking for funding but instead offering to pay an integration grant to whoever would do the work to integrate FIO within Decred software. FIO is an Interwallet Operability initiative with its own token.

An update was posted on the Politeia proposal (missed in August) announcing that the site was updated to v1.4.0, with most of the work going into the importing of legacy Git backend proposals into Trillian, along with some new features like allowing edits to comments within 5 minutes of their posting.

Hashrate: September’s hashrate opened at ~82 Ph/s and closed ~91 Ph/s, bottoming at 75 Ph/s and peaking at 109 Ph/s throughout the month. 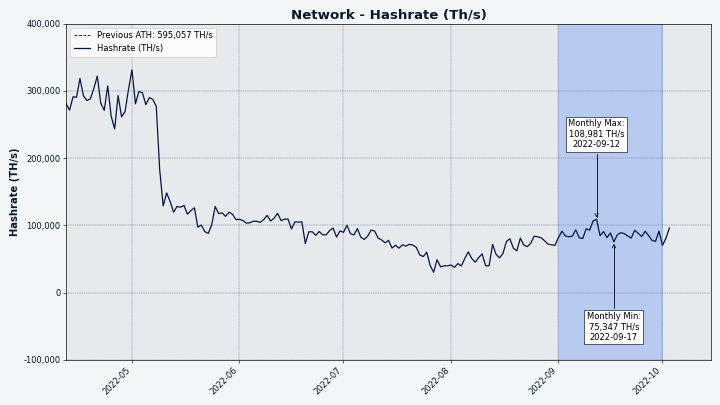 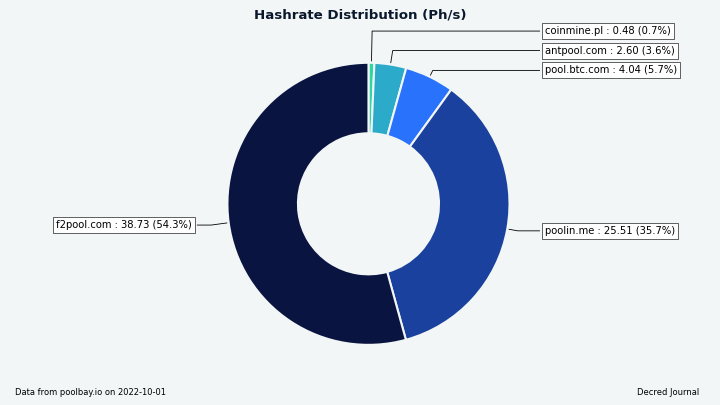 Biggest gainers in September are vspd.bass.cf (+726) and vspd.stakey.com (+443). Note that the latter had API issues since Sep 20 and the ticket stats it reported were inaccurate. 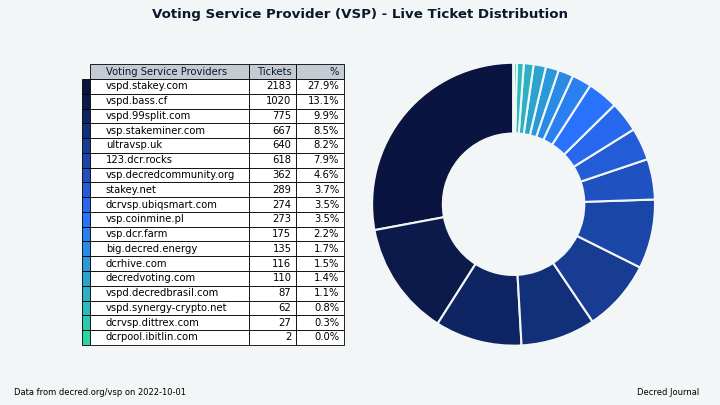 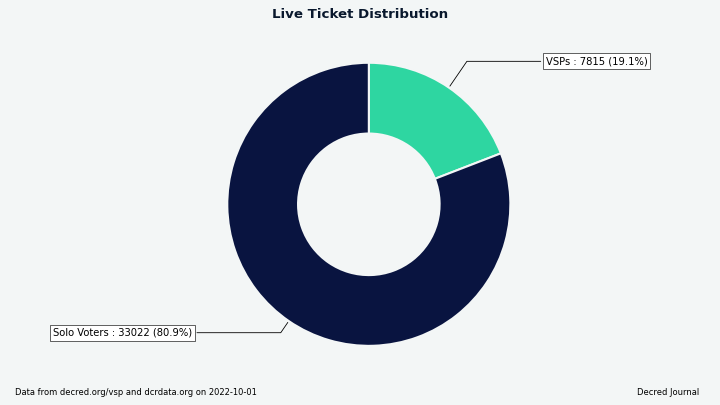 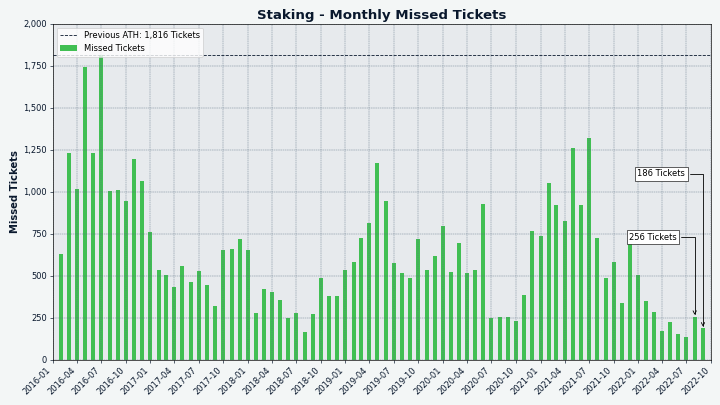 Note: dcrd v1.7.4 was a source-only release for developers with the main goal to fix the stalled testnet. 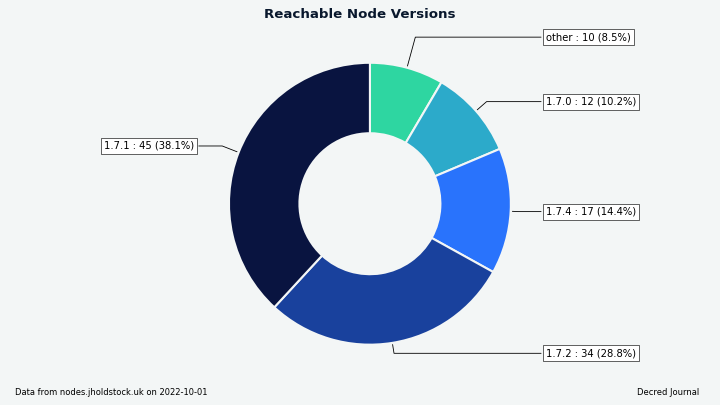 Thanks to @bochinchero for making DJ less boring with the charts. You can find the charts we cherry-pick here and many others in the dcrsnapshots repository.

KuCoin was removed from the Exchanges list after a report that it did not accept DCR deposits. Two weeks later they announced that DCR deposits and withdrawals are enabled.

Huobi announced it will delist 7 privacy coins including DCR to “safeguard our users’ assets”, and was removed from the Exchanges list as well.

Paul Rosenberg mentioned Decred at Hackers Congress Paralelni Polis (Prague, Czech Republic). It was a small appearnace on one slide but with an important idea:

BTC, BCH, Decred, Scrit, whatever.. Use it.
Start publishing prices in sats; let people learn how to convert.
Setup middlemen if you like.
Take a year to transition if necessary, but we must use our money.

Twitter users can support @Decredmagazine with follows, likes and retweets to help spread the message.

The following is not investment advice.

New market coverage by @Applesaucesome: Light at the end of the tunnel and The one where everything looks bad but I post lots of hopium.

I won’t sugar coat it, everything look really bad. Stonks, crypto, everything. All the momentum gained from past weeks is retraced. But as we all know, that’s where all the hands get shaken out…or we just capitulate again for the nth time. 🙃 [2022-09-25]

Image: “Decred’s BTC pairing is really interesting to watch when you zoom way out.” - @Applesaucesome

On YouTube technical analysis for DCR has been made by More Crypto Online (“it is one of the best altcoin charts out there but there is no guarantee for it to work out”), Jacob Crypto Bury, and Schulz & Team Analytik (German). 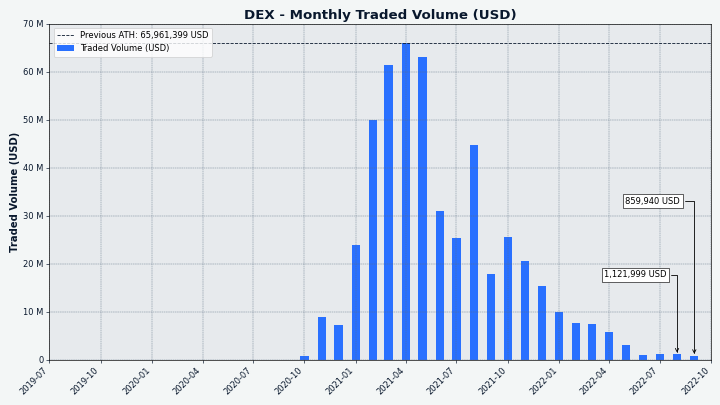 OFAC has clarified how the sanctions against the Tornado Cash addresses are supposed to work. The people who received unsolicited nominal sums from Tornado Cash (someone was trolling) are technically in breach of the sanctions but they can fill in a blocked property form to avoid prosecution.

Coinbase is coming after Georgians who took advantage of a bug which saw the Georgian Lari mispriced for 7 hours and traders getting 100 times the Lari for their crypto. Coinbase contacted their banks and had their accounts locked pending clawback of the withdrawn funds.

Ethereum completed “the merge” to switch from PoW to PoS consensus, cutting its energy use by an estimated 99.95% and reducing the issuance rate of new ETH in the process.

The Commodity Futures Trading Commission (CFTC) has filed a complaint against Ooki DAO for violating the Commodity Exchange Act. A $250,000 penalty was imposed on bZeroX LLC, who tried to circumvent enforcement by decentralizing control of the protocol to Ooki DAO. Now the CFTC has indicated that they are coming after anyone who is involved in Ooki DAO, which it describes as an “Unincorporated Association”. It appears that Ooki DAO token holders are afraid to vote on proposals about how to respond, lest they open themselves up to more individual trouble by voting, and there is a danger they may lose by default if the DAO does not respond by Oct 14.

A merger between two DeFi communities (FEI and RARI) is being dissolved after an acrimonious split over how to compensate victims of Fuse, a DeFi product of their shared venture which was hacked for $80 million. In the aftermath of the hack an initial governance proposal was approved to fully compensate all victims, but FEI’s leadership (who had the funds to make victims whole) decided it wasn’t a proper proposal and did not follow through. It took 4 proposals to reach a solution all parties could agree to, and it involved dissolving the partnership between the projects and giving token holders a way to exit.

That’s all for September. Share your updates for the next issue in our #journal chat room.

This is issue 51 of Decred Journal. Index of all issues, mirrors, and translations is available here.